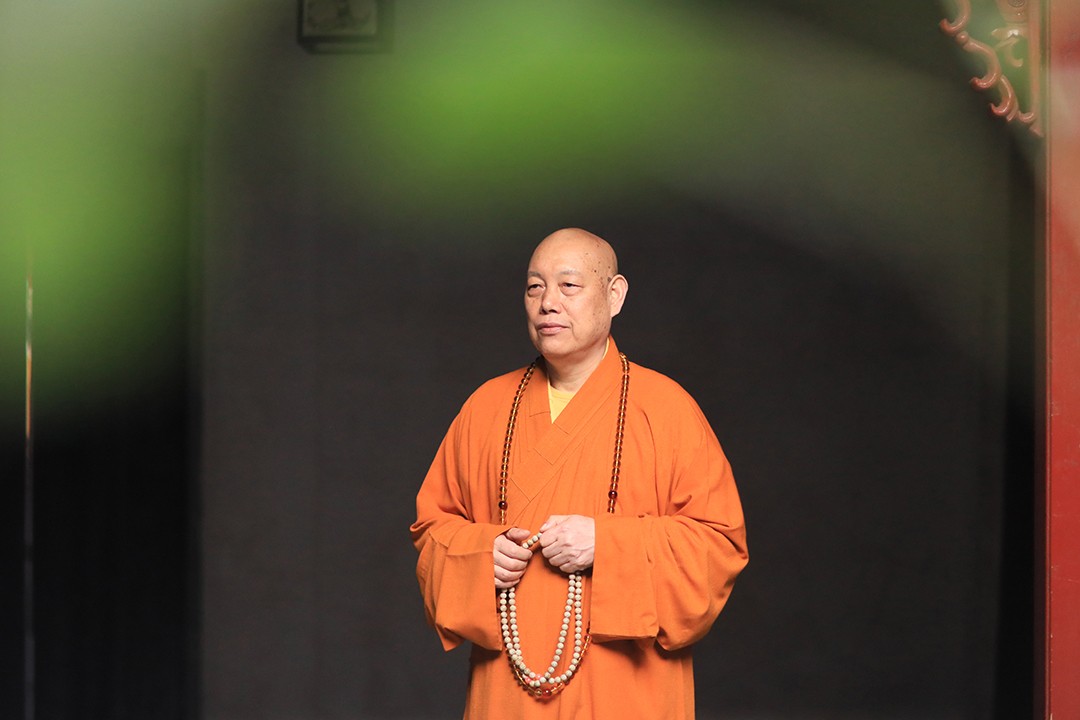 He attended the first Sangha training class in QiXiaShan Si of NanJing in 1982, adhering to Master MingShan and Elder PuChu Zhao.

He was ordained the bhiksu's precepts in 1983 under Master MingShan. In 1986 he was the assistant managing monk of HuiJi Si. In 1990 he made a cycling pilgrimage to the other renowned Buddhist mountains, crossing a dozen of provinces and 180 cities, covering a distance of more than ten thousand kilometers, fulfilled his wishes and increased wholesome experiences.

Assuming the duty of the managing head of FaYu Si and the deputy chairperson of the Buddhist association of Mount PuTuo in 1994, he accompanied Master MiaoShan on the visiting trip to the Philippines, HongKong and TaiWan, promoting the Dharma.

In 1997, he took the post of the standing Deputy Chairperson of the Association and the managing monk of PuJi Si, assisting Master MiaoShan in tackling daily business operations.

Since 1994, he have visited countries such as Japan, Thailand, Singapore etc to propel the Buddhist communications between countries and promote the compassion of Avalokiteshvara Bodhisattva, which have been greatly respected and esteemed.

Master DaoCi is a great monk of amiability, being strict with Vinaya, holding the precept of no food past noon. He is also warm-hearted in social welfare and charity, setting up HuiJi Charitable Trust in ChongQing to help the students in need with a vow of 10-year operation of the Trust. Master DaoCi is quick to act although he is somewhat quiet, a monk endowed with a lot of great traits such as: sincerity, frugality, honesty, practical attitude, etc. a typical monk of the great Buddhist practitioner both in Chan and Sukavati. With his respectful experience in administering monasteries and his ever-lasting warmth in helping the novice followers and successors, he has set himself up as an example for all the monastics and laypeople around the world!